Since 2016, we have been compiling rankings of the attractiveness of startup hubs among founders in Europe. The main question of the survey is “Where would you set up your company if you could start again tomorrow?”

In the 2019 survey, we collected over >1,200 responses, of which 806 were complete enough for analysis and 425 were founders. The data collection was targeted at growth companies and produced a fairly representative sample across countries in Europe as well as a balance based on verticals. For the remaining small deviations we adjusted for country weights by population. Founders had up to 3 choices and gave a total of 1,296 votes. They had the choice from a list of all European cities with more than 200,000 inhabitants (plus a few notable exceptions that we opted to include). 98 hubs were mentioned (last year: 93), 65 attracted more than 1% of the vote and 15 more than 5 %.

We believe that a rank can present an indicative measure of the relative position of a startup hub and its brand, but must be always seen in context. The change of % for London is definitely more robust as the change of % of smaller hubs, which have smaller numbers and can be more volatile. We suggest therefore to read the data in context, e.g. looking at the regional subset or classifying the position based on 2 dimensions. And of course the further out of the top 10 you are, the less telling is a difference between one rank to the other.

This said, we observe some relative stability over the years in the brand perception of leading startup hubs. From 2018 to 2019, only two top 10 ranks changed: Zurich dropped to 14th (-5) and Copenhagen to 16th (-6), while Tallinn took the 9th (+4) and Stockholm 10th (+2) position. Despite the continuous Brexit debate London remained 1st – leading before Berlin (2nd) with 38% vs. 35% of the founders votes. However, both leaders lost percentage points for the 4th year in a row since 2016, where both have had reached >50% of founders. Also, Barcelona and Paris cannot maintain their high percentages from 2018. The Top 5 hubs capture some 42% of all votes in 2019, while it was 50% in 2018.

In the result, the previously seemingly unreachable top hubs came closer to the group of challenger hubs ranked 5-15. However, this latter group proves to be quite volatile with only Amsterdam and Munich as well as Milan to be on a constant upwards trend. 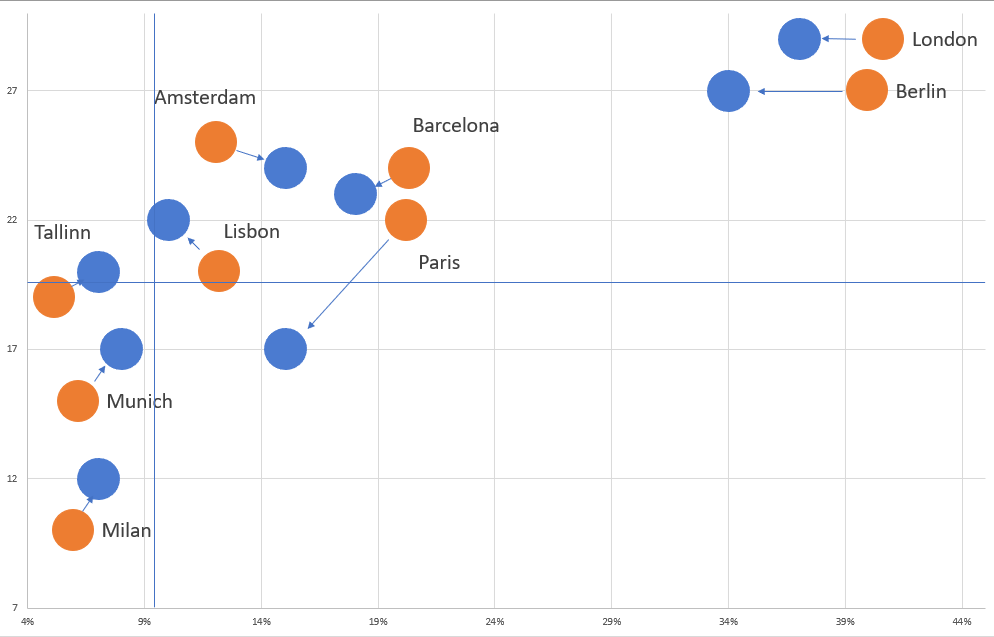 The Unpredictable Dynamics of the Brexit

The losses of London and Berlin might be connected to the recent uncertainties created by the continuous Brexit debate.

In some regions there seems to be an either-or attitude as the Nordics and Baltics dramatically lose faith in London with a decline of 19% points, while founders in the CEE seem to gather around London (+5% points) and turn their back on Berlin (-19% points). Even in the UK the effect seems to play out rather surprisingly: while London remains on top with >50% of all founders, it drops sharply (-16%) and Amsterdam gains popularity among the UK-based founders (+14%). This might indeed be a reaction of foreign-born founders in the UK pondering to leave the island. Founders in Benelux now favor Berlin over London, who held their favorite spot last year and drops behind Amsterdam to 3rd.  In the Mediterranean, we see Portuguese hubs catch up with Spanish counterparts and Berlin losing further ground, while London remains on top after some heavy losses.

We ask every founder to rate a startup hub they chose according to 6 criteria:

Of course these ratings are subjective, however, the perceived availability of funding might for example be an important additional information to compare to funding levels.

As we only ask the followers of a hub about their ratings, the endorsements are expectedly very high. When comparing across hubs, we therefore use the % of voters who gave a high or very high rating in a category to identify hubs that are especially known for a certain criteria.

Although founders taking the survey also share their field of startups, often the numbers for certain sub-verticals are too small in one year to make a judgement on the position of a hub, thus we try to understand whether hubs are actually able to specialize in a vertical by combining the data from the past 4 years. For this purpose we created a new sample of >6,000 founder opinions while making sure to avoid double countings across the years.

To visualize the specialization potential, we calculate the % advantage each hub has gained in a vertical versus their overall 4-year rank. See below the list of those hubs gaining the most in comparison to their average ranking for a specific vertical.

Zurich is a case of a highly specialized startup hub that performs well in various sub-sectors, but is also much less attractive to founders from other fields. The FinTech community has a clear idea of their location choices, shifting around notably the average top 10. Also, the Health & Biotech and eCommerce sector see specialization. However, in almost all sectors the Top 5 remain unchanged, showing that the overall leading hubs can attract founders from all sectors. Nevertheless in the positioning of satellite hubs for example within a broader transnational network specialization can play an important role. It does not seem far fetched to expect for example a Health-Tech startup with R&D in Zurich set up a second branch or even their headquarters in Berlin to find investors and build global connections. 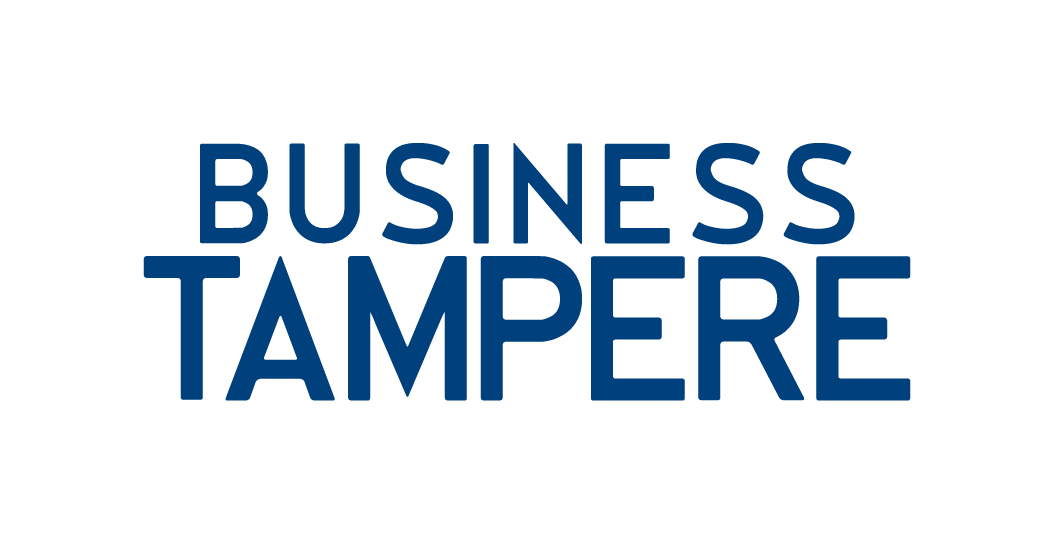